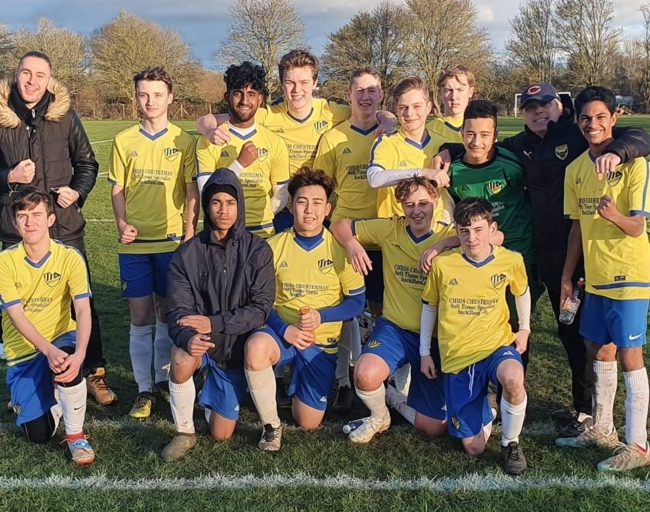 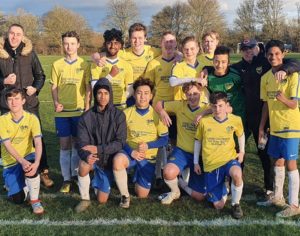 I am a very proud coach & shirt sponsor of Headington Youth U16's Football Team and seeing them win their quarter final against a Witney A League team 3-1 to progress to the semi final of the Oxfordshire FA Youth Cup is one of those days where all the time, money and stress of organising & sponsoring a youth sports team pays off.

I am so lucky to have a team made up from players who enjoy playing alongside their team mates win, lose or draw! 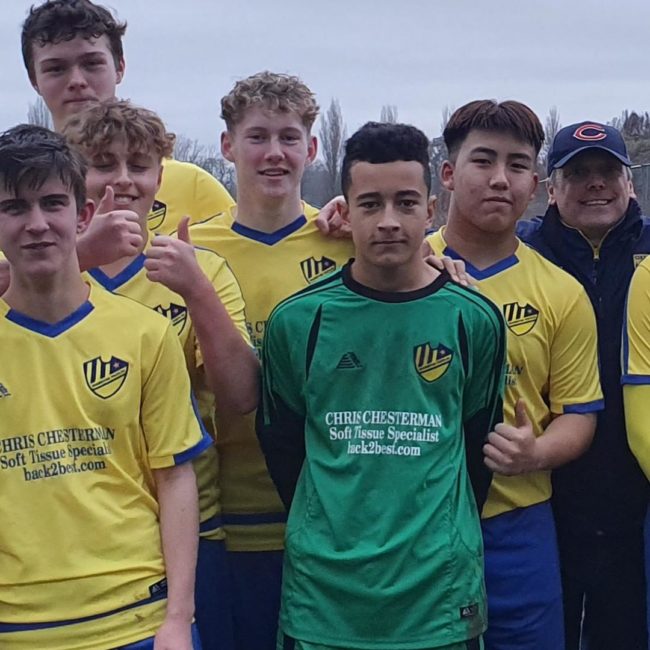 I run the team to encourage a relaxed and fun atmosphere for the lads to enjoy playing their game and although it isn't the winning that matters it is always fantastic to see them get their rewards playing the game as it should be played!

Today we made time for remembrance at 11am at Oxford Utd with staff and players coming together for a two minute's silence before training commenced.

My Headington Youth U16's also held a minute silence prior to their league match on Sunday. 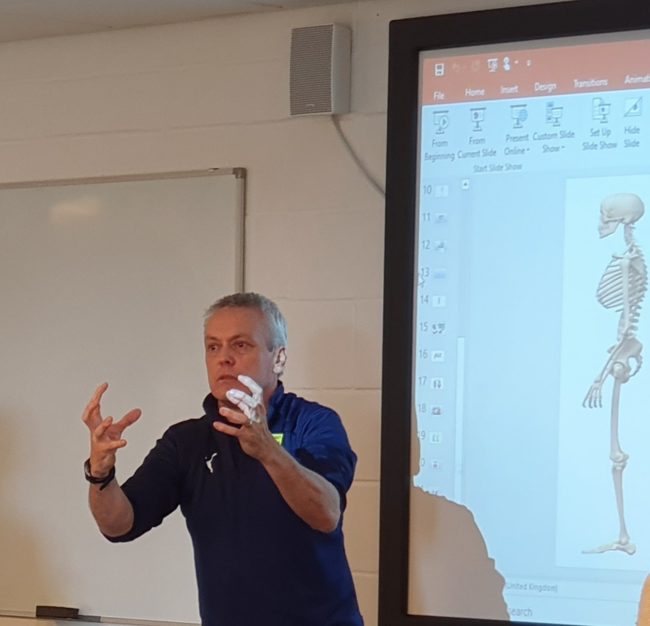 Full use of the props. 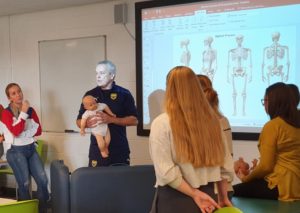 Demonstrating the importance of keeping aligned posture when delivering babies. 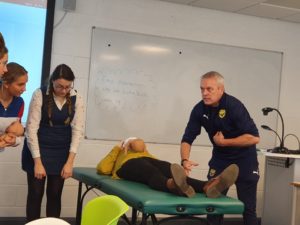 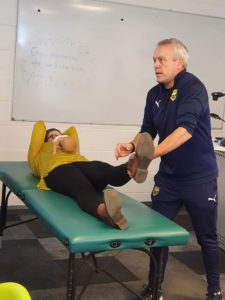 Stressing the strength of an aligned shoulder joint. 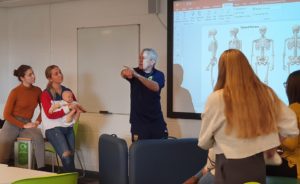 I was honoured to be invited back to Oxford Brookes University to deliver my 'Birthing Positions for Midwives' lecture and workshop for the 3rd year midwifery students.

This was designed by me last year to express the importance of keeping an aligned posture whilst working as a midwife to prevent back pain caused by the various positions midwives work in just prior to graduating and starting on their long and rewarding careers. 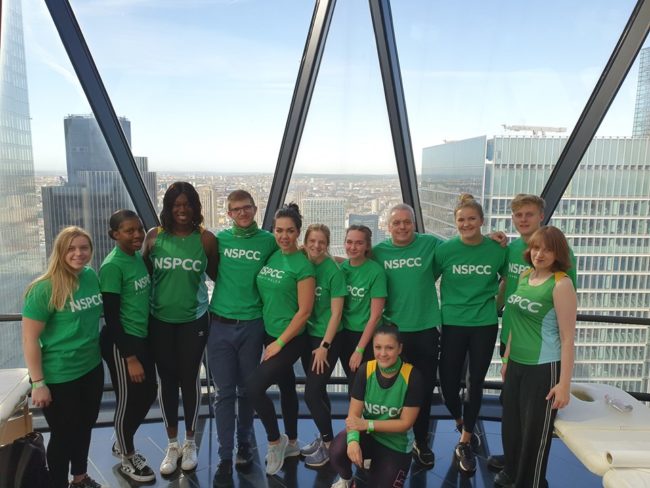 You need a head for heights! 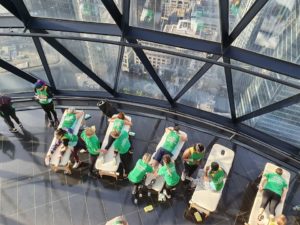 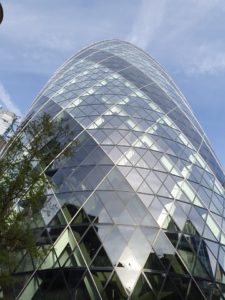 On Sunday I enjoyed managing the NSPCC Soft Tissue team for my 7th Gherkin Challenge and as you can see from the photo you need a steady head for heights to work on the 40th floor of the exclusive Gherkin building in London.

My team of 11 fantastic therapists treated just under 200 fundraisers who have run, walked or pulled themselves up the stair bannister of the 1030 steps of the Gherkin building to raise much needed funds for this wonderful charity.

It is always a fun event and the sports massages received at the top of the building were very welcome and much appreciated, followed by a nice glass of champagne.

This year I enjoyed recruiting & managing the NSPCC Soft Tissue teams for the London marathon and Gherkin Challenge for the 7th consecutive year and I am already looking forward to next years events. 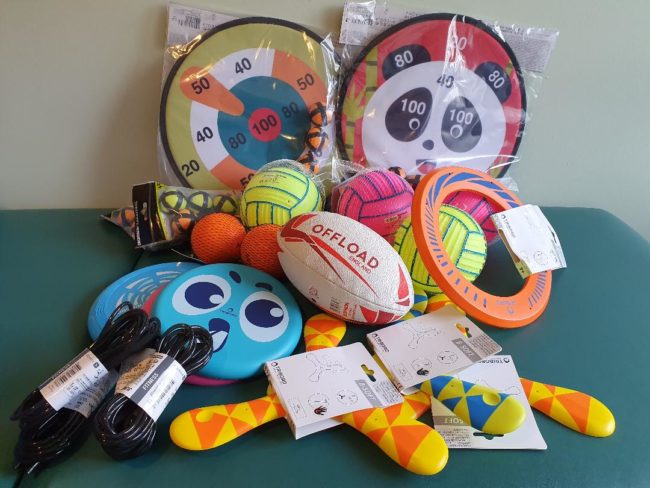 Next shipment ready to go! 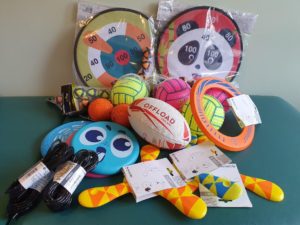 Together with Jonah Chesum at the London 2012 Paralympic Games. 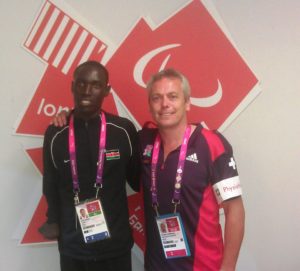 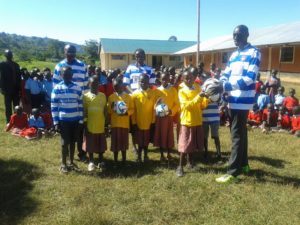 Putting the kit and footballs to good use! 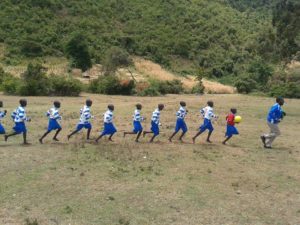 I am very fortunate to be able to support the children of Kiboi Primary school, Kenya with another donation of sports equipment.

My link with the school came via a friendship I made with Kenyan athlete Jonah Chesum during my time working as part of the medical team at the London 2012 Olympic and Paralympic Games.

Since 2012 I have provided football kit for the boys and girls (shown in the photo), sports equipment including balls, bibs and cones but today's package is one of fun equipment including frisbees, balls and skipping ropes to allow the children some much needed fun time playing outdoors! 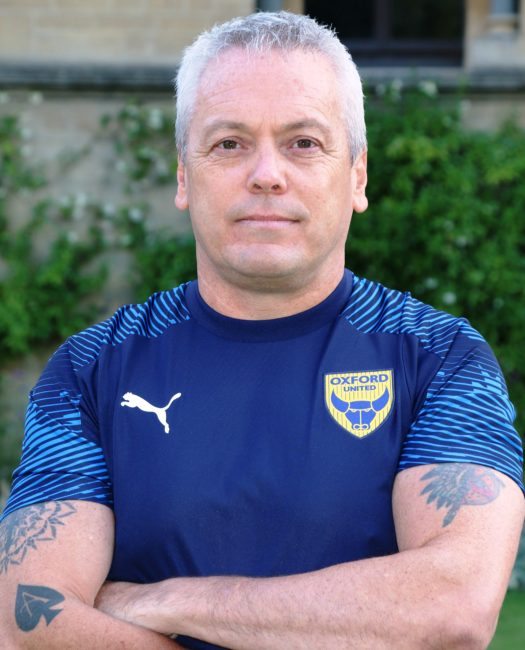 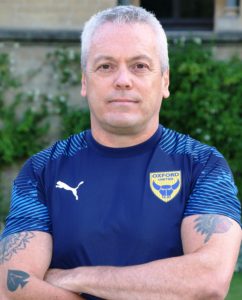 It has been 7 years since I received a call from Oxford United football club asking me if I could help the medical team provide soft tissue therapy for the first team and it has been a major part of my work ever since!

My work at Oxford Utd fits in very well alongside my private clinic in Headington & my theatre work as I work at least one day a week at the OUFC training ground helping the players recover from their previous game and also to assist with their preparation for the coming fixtures.  I also help the full time medical team to support the injured players recovery which can include soft tissue therapy, scar work, fascial gliding therapy and mobilisation.

I also attend home matches at the Kassam stadium where I work alongside the medical team in preparing the players for their fixture which usually includes a lot of soft tissue work and after a couple of hours my work is done and I get to enjoy the game.

I am very fortunate to work alongside a very professional and efficient full time medical team at Oxford United and being able to be a part of such a great team makes my position very enjoyable and rewarding - especially seeing our hard work rewarded when players return from injury and being able to share in the success of the team which so far includes a promotion and 2 Wembley finals and I'm sure that there's lots more to come! 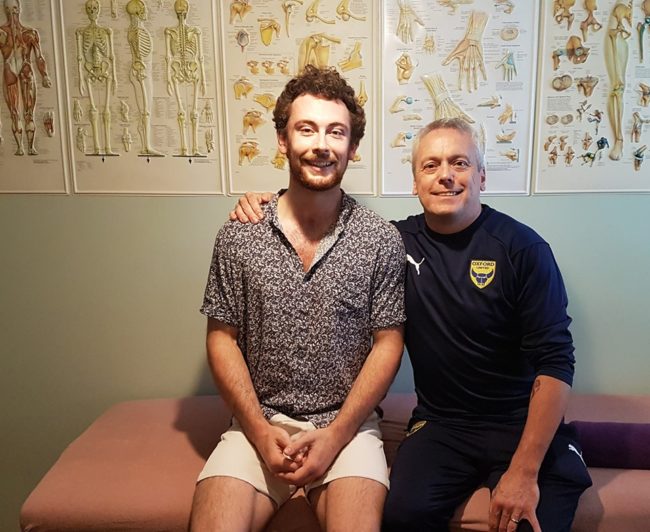 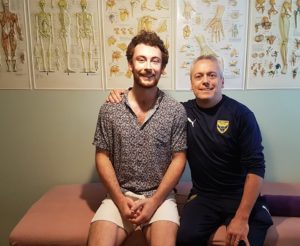 This week I have been quite busy alongside running my Headington practice working as a member of the Oxford United FC medical team ensuring that the first team players are supported in their fitness and wellbeing to aid both post match recovery & match preparation and also provide help through injury.

Scroll to top
We use cookies to ensure that we give you the best experience on our website. If you continue to use this site we will assume that you are happy with it.Ok