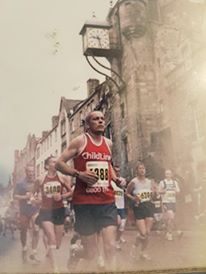 With my son Adam and daughter Chloe! 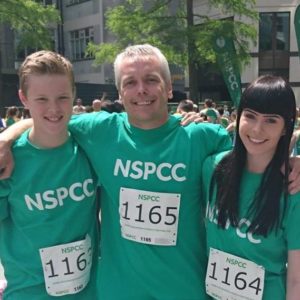 The tough but correct decision.

It's such a shame that the London marathon has been postponed until later this year.
I manage the NSPCC Soft Tissue team for the London marathon and I have also run 3 marathons raising money for ChildLine, so I know all too well how much the charities rely on the income generated from this event, which is the largest annual single day fundraising event in the world and unfortunately there is no guarantee that it will be on later in the year although fingers crossed it will!
With this is mind, I would like to support the Oxfordshire based London marathon official charity fundraisers by donating £10 to their charities for every full priced treatment they have with me, right up to the day of the race (or announcement of cancellation, but hopefully not).
All you need to do is bring proof of your official charity place with you and right at the end of your treatment I will pay £10 to your charity straight away, so that your charity receive their money now when they need it the most, it's a simple as that!
This is for new and regular clients and starts now, so it's a great way of maintaining your training in the healthiest condition possible, whilst supporting your charity during this tough time!